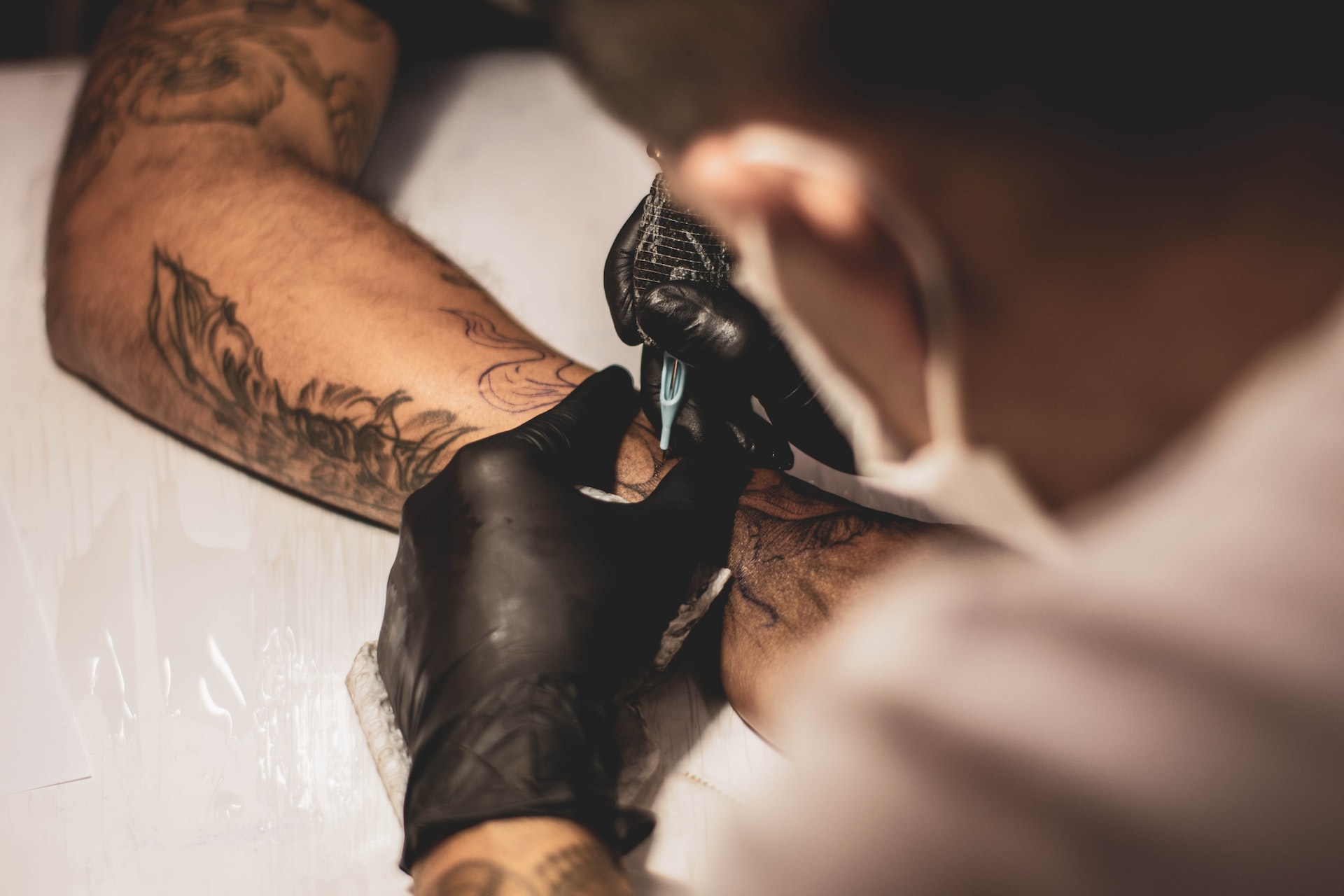 Tattooing, body piercing, cutting, burning, scarring, and mutilating the human body have been pagan practices throughout human history. Such practices have been documented in almost all pagan cultures and false religions.[1] The Christian church has opposed such practices[2] on solid Biblical grounds:

Lv 19:28 nkjv ‘You shall not make any cuttings in your flesh for the dead, nor tattoo any marks on you: I am the LORD.

Dt 14:1-2 nkjv “You are the children of the LORD your God; you shall not cut yourselves nor shave the front of your head for the dead. 2 “For you are a holy people to the LORD your God, and the LORD has chosen you to be a people for Himself, a special treasure above all the peoples who are on the face of the earth.

1 Cor 6:19-20 nkjv Or do you not know that your body is the temple of the Holy Spirit who is in you, whom you have from God, and you are not your own? 20 For you were bought at a price; therefore glorify God in your body and in your spirit,
which are God’s.

2. Earrings for men[4] (according to God’s Word) symbolize slavery and femininity (Ex 21:6; Dt 15:16-17), and are associated with idolatry (Gn 35:2, 4). Sodomites and Afro-Americans (the latter having slavery roots and often growing up in a matriarchal subculture) have introduced this longstanding pagan custom into the U.S.A.

3. Baldness (i.e., by shaving the head) was practiced by pagan peoples (e.g., the ancient Egyptians) and is still practiced by the adherents of false religions (e.g., Hindus and Buddhists), but was forbidden to God’s covenant people (Lv 21:5; Dt 14:1). God’s Word depicts it as a symbol of mourning and enslavement.[5]

4. Dog collars obliterate the demarcation in the created order between man (the image of God, who is God’s vice-regent in the earth) and the animal world which is not the image of God (Gn 1:26-28; Ps 8:5-6). Dog collars also often imply sadomasochism.

1. “Your” body belongs to God (the Creator, Owner, and sovereign Master of everything) — not to you.

2. Christians, being God’s holy (separate) covenant people, are not to imitate the practices of the world.

3. Mankind is the image of God; thus human life is sacred, producing a concern for good health practices.

4. Cultural practices are the outward manifestation of theological/philosophical worldviews.[6] All worldviews are inherently religious (regardless of whether this fact is acknowledged or vociferously denied).

Contemporary antinomians commonly ridicule the commands of Lv 19:28; 21:5; Dt 14:1, caricaturizing them as primitive, arbitrary, and absurd (contra 2 Tim 3:16-17; Mt 4:4; 5:17-19). Here are some of the most common arguments used to render these commands inapplicable and irrelevant to modern man:

1. These commands only concern pagan mourning rituals; they are irrelevant to tattooing itself.

This [prohibition against bodily disfigurement] is usually taken to be simply a prohibition of pagan mourning rites, but there is more to it than this. Mourning was not discouraged, only those customs which involved physical disfigurement.[7]

This law conforms to other holiness rules which seek to uphold the natural order of creation and preserve it from corruption (cf. Lv 19:19; 18:22-23; 21:17ff). God created man in his image and pronounced all creation very good (Gn 1). Man is not to disfigure the divine likeness implanted in him by scarring his body. The external appearance of the people should reflect their internal status as the chosen and holy people of God (Dt 14:1-2). Paul uses a similar line of argument in 1 Corinthians 6. The body of the believer belongs to Christ, therefore ‘glorify God in your body’ (1 Cor 6:20).[8]

Response: (Perhaps this argument should be restated: If we disobey some of God’s commands, why not disobey them all!) Virtually all scholars acknowledge that these passages are not prohibiting simply trimming one’s beard or hair; instead, they prohibit butchering one’s beard[9] or hair to deliberately disfigure one’s body (which was part of pagan mourning rites); cf. Ezk 44:20; 2 Sm 10:4-5; Is 7:20. Thus we are to obey all God’s laws prohibiting bodily disfigurement.

3. With regard to males having pierced ears and wearing earrings, some Christian men assert that their earrings symbolize that they are servants of God.

Response: Moses (God’s penman for these commands), all the Hebrew prophets, and Israelite males in general were Yahweh’s servants, but God did not instruct them to wear earrings to portray this master-servant relationship. Instead, God’s law prescribed that males desiring to be perpetual slaves of other men were to have their ears pierced by their human masters. Yahweh did not literally pierce any man’s ears! The New Testament teaches that Christians should desire to be God’s freedmen, not (literal) slaves of men (1 Cor 7:21, 23; Philemon).

4. Old Testament commands are not binding on the New Testament church.

Response. The dispensational hermeneutic of discontinuity postulates that Old Testament commands are not binding upon

Christians unless they are reaffirmed in the New Testament. This dispensational (actually semi-Marcionite) view was not taught by Christ or His Apostles, and is, in fact, blatantly unbiblical.[10] The Old Testament was Christ’s and the Apostles’ Bible. By precept and by practice they taught the ongoing authority of the Old Testament (Mt 5:17-19; 2 Tim 3:15-17; Ro 15:4; Ac 24:14; 26:22; 17:11; 1 Cor 10:1-11; cf. Heb 3-4; etc.). The Bible is one unified book. Consequently, everyone must continue to obey the Old Testament teaching except where the New Testament has abrogated it or modified its application.[11] Whenever this principle of covenantal continuity has been violated, grave moral consequences have always been the unhappy result.

5. I got tattoos and piercings so that I can evangelize the subculture having them.

We don’t bring people into “the obedience of faith” (Paul’s term for Christianity) by teaching them to disobey God’s Word! When Christians look like the world and live like the world, the distinction or antithesis between the church and the world has been lost; there’s nothing to bring unbelievers into. Remember, countless people have been successful missionaries without making such compromises.

6. The heart attitude is what’s important; external appearance is of little or no consequence.

This objection commits the logical fallacy of false dilemma. We are not to choose between heart attitude and outward appearance; both are important to God, He is Lord of both, and His Word addresses both. The objection also smacks of Greek dualism (spirit is good and important; the material world is evil or irrelevant).

God repeatedly calls the pagan practices of Leviticus 19:28; 21:5; Dt 14:1 “abominations“; these (and other) abominations defiled the land inhabited by the pagan Canaanite nations, causing God to “abhor” these nations and annihilate them (Lv 18:24-30; 20:22-23; Dt 8:20). God warns His people that, if they “follow the customs” of the pagan nations, they will receive the same judgments the pagan nations receive.

When contemporary American Christians flaunt their tattoos and male earrings/piercings, they are simply advertising for Satan that America is no longer a Christianized nation. It has fallen to the state of being a post-Christian, polytheistic, relativistic, deeply-divided country. America’s spiritual decline is hardly something Christians should take pleasure in displaying!

In cases in which body disfigurement was done as a symbol of rebellion, or when it identifies one with false religions, occult practices, Satanic music groups, etc., this sin gives demons ongoing legal right to oppress and torment the person until he or she repents of this sin and renounces it.

One minister observes that, “When challenged, the inherent and innate emotions and attitudes of men who wear earrings is that of pride and self-righteousness [and lawlessness].”[12]

Fugate, Robert E. “Some Continuities and Discontinuities between the Older Testament and the Newer Testament.” Omaha, NE: Lord of the Nations, LLC, 2003.

[1] James Hastings, ed., Encyclopedia of Religion and Ethics, s.vv., “Tatuing,” “Austerities,” “Mutilations.” The primary purposes for body modifications have been: mourning rites for the dead; worship of false gods; magical protection against demons, disease, and misfortune (functioning as a charm or amulet); identification of one’s tribe and social status; rite of passage into adulthood upon puberty; aesthetic decoration; etc. A tattoo is “a mark of slavery or of submission to a deity. … Tattooing is prohibited in Leviticus 19:28” (Encyclopedia Judaica, 15:831). Cf. ISBE, rev., 1:841f; IDB, 3:477.

[2] In the early church, more extreme forms of self-mutilation (e.g., castration, which was treated as severely as the crimes of murder or suicide) (distinguished from medical treatments and mutilation due to persecution) resulted in the expulsion from the priesthood, or, for laymen, being barred from the Lord’s Supper for three years (Dictionary of Christian Antiquities, 1:143f).

[4] Earrings were not worn by most Jewish male slaves. They were reserved for cowardly male slaves who could become free, but who preferred slavery to freedom (with its risks). These males did not even have the initiative or gumption to redeem their own wife from slavery. (Sadly, many contemporary Americans also prefer the “security” of enslavement to an idolatrous, all-controlling state over liberty. It is in this socio-religious context that feminized males desire body piercings.) God endorsed earrings for women (Ezk 16:12). Archaeology tells us that women’s earrings were for pierced ears (ABD, 3:827).

[6] Every culture “will be either a demonstration of faith or of apostasy, either a God-glorifying or a God-defying culture … Culture is simply the service of God in our lives; it is religion externalized” (Henry R. Van Til, The Calvinistic Concept of Culture [Philadelphia, PA: Presbyterian & Reformed, 1959], 23, 200; bold added).

[10] Robert E. Fugate, “Some Continuities and Discontinuities between the Older Testament and the Newer Testament” (Omaha, NE: Lord of the Nations, LLC, 2003).

[11] E.g., laws concerning: the priesthood and sacrificial system; Jewish calendar of festivals; national Israel being the only people of God — a separate and privileged race until the birth of the Messiah; and the Promised Land.

• Lord of the Nations • LordoftheNations.world