Anyone Else but Me! 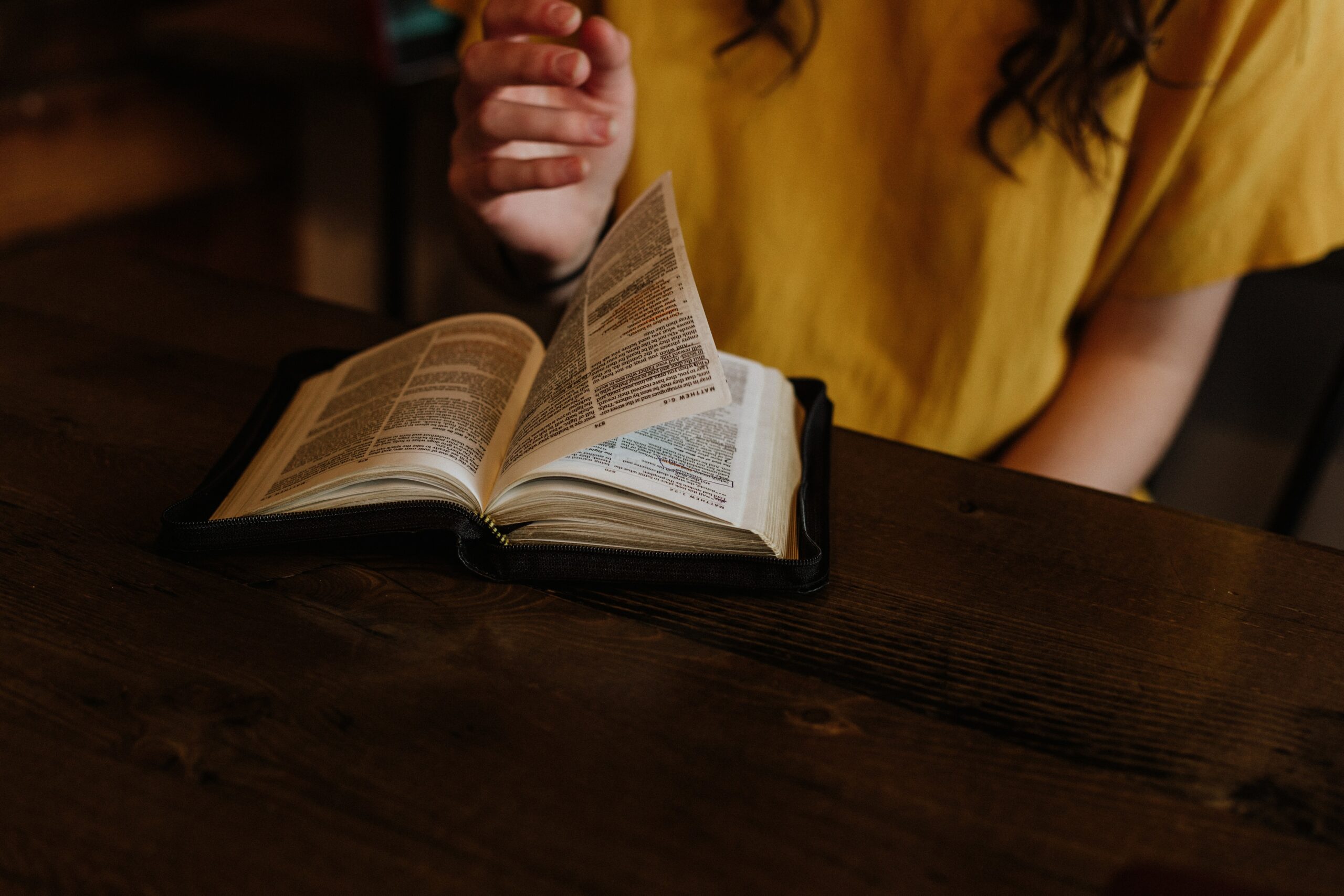 Anyone Else But Me!

One of Satan’s primary strategies in his warfare against God’s people has always been to discredit God by discrediting the truthfulness, authority, and relevance of God’s Word. Two clear Scriptural examples are Satan’s temptation of Eve (Gn 3) and his temptation of Christ (Mt 4 // Lk 4). In both cases Satan altered God’s Word (compare Gn 3:1 with 2:16-17; compare Mt 4:6 with Ps 91:11-12). When Eve succumbed to Satan’s temptation, she deleted part of God’s Word; she added to God’s Word; and she altered God’s Word (compare Gn 3:2-3 with 2:16-17). In this pamphlet I would like to discuss deleting from God’s Word.

We are familiar with Satan’s success in persuading those people who believe in either religious liberalism or neo-orthodoxy to deny that the Bible is the Word of God—thereby deleting in its entirety the Word of God written. However, even Bible-believing Christians are guilty of deleting from God’s Word. This is primarily done by means of complicated theological systems that relegate—without explicit Scriptural warrant—large portions of Scripture as applicable only to another age (e.g., to the old covenant, to a future millennium, etc.) and to another nation (e.g., Old Testament Israel).

Dispensationalism is a classic example of a theological system used by Bible-believing people to delete from God’s Word. In this system, the Old Testament and the Gospels (including the Sermon on the Mount) are not applicable to the theology and the ethics of the Christian church.

Lutheranism, while must less extreme than dispensationalism, makes a sharp hermeneutical dichotomy between law and grace so that they are mutually exclusive and incompatible. (Biblically, the Old Testament Law was based upon grace.) Again, the net result is that the Old Testament is rendered second class and somewhat irrelevant.

Reformed churches have had a much more Biblical approach toward the Old Testament. However, they too have often been guilty of deleting from God’s Word. Some reject the use of musical instruments in worship on the grounds that they are connected to Temple worship, which is irrelevant for the New Testament church.[1] Many Reformed people have rejected the civil laws of the Old Testament, claiming that they were only for the nation of Israel, and thus irrelevant for the church. These non-theonomists teach that the Scriptures are not sufficient for the just ordering of state and society. A large number of Reformed people reject the supernatural gifts that the resurrected Lord gave to equip and to empower His church. They do this by adopting a “dispensational” argument that these gifts were only for the apostles (or for the church until the Bible was written) — again manufacturing a complicated theological system without explicit Scriptural teaching. The net result is that significant portions of Acts and the Epistles are deleted as no longer relevant for the church; the ministry of the Holy Spirit, as well as some of the means of glorifying God, edifying the church, and evangelism have been changed after the New Testament was written. Even a portion of the Great Commission is irrelevant (Mk 16:17-18). We are taught to disobey direct apostolic commands of the New
Testament (e.g., “desire earnestly spiritual gifts, especially that you may prophesy,” 1 Cor 14:1, 39; etc.; cf. Mt 5:19). Some Reformed people go even further, teaching that the Great Commission (Mt 28:18-20 // Mk 16:15-20; Ac 1:8) has already been fulfilled, and is therefore not applicable to the church today. Hyper-preterists devise an eschatological system asserting that all Bible prophecies were fulfilled by A.D. 70; thus there will be no future, bodily second coming of Christ, no bodily resurrection of the dead, no final judgment, no new heavens and new earth, etc. Consequently, no Bible prophecy is relevant to the present or to the future.

These brief examples show that Satan has been quite successful in using “dispensational” theological systems to get people — even Bible-believing Christians — to delete much of God’s Word (as far as being applicable to the church today). These deletions have grave consequences in terms of robbing the church of her power and her prophetic message to society, and in terms of altering her worship, edification, and evangelism.

In addition to “dispensational” theological systems, cultural arguments are often used to delete many of the commands of Scripture (e.g., male leadership in the family, church, and state). Bible-believing churches often use the cultural “cop-out” to ignore the Biblical commands to express brotherly affection. (One can learn more about expressing brotherly affection by watching an NFL football game than by attending most evangelical churches!) Many Bible-believing churches use religious traditions (or even psychological explanations) to set aside Biblical injunctions concerning praising God with one’s body and emotions (e.g., joyful clapping, shouting, dancing, instruments, etc.) and worshipping God (by raising hands, kneeling, singing in the Spirit, and prostrating oneself). (It is instructive to note that David — a man after God’s own heart and a type of Christ — praised God with his whole being; his wife Michal rebuked him for his undignified and improper behavior, so God cursed her, 2 Sm 6:12-23.) The command for sick Christians to call for the church elders to anoint them with oil and to pray for their physical healing (Ja 5:13-18) is routinely ignored; it seems that many Christians prefer to go to a doctor instead of requesting prayer for healing since they (as well as many elders) don’t expect God to directly and immediately heal anyway! They make God a last resort, rather than a first response. Similarly, fasting is a neglected practice. The last example I will mention concerns drinking wine. Some “prohibitionist” Presbyterian pastors and elders refuse to use wine in their church’s observance of the Lord’s Supper (in clear violation of the regulative principle of worship). Such leaders ignore the Psalmist’s teaching that God should be praised for His gracious care, which includes His provision of “wine which makes man’s heart glad” (Ps 104:15).

As Christians, all of us have our theological, cultural, and traditional comfort zones that cause us to focus on certain portions of Scripture to the neglect (and rejection) of other portions. Part of the sanctification process is growing in our obedience to all of Scripture. This necessarily involves repenting of those areas in which we have given in to Satan’s temptations and have justified setting aside portions of God’s Word as irrelevant for us. May our gracious heavenly Father faithfully continue His work of conforming us to His Son, who perfectly obeyed all the Scriptures (Mt 5:17-19), and who said and did only those things that the Father directed Him to do (Jn 12:49-25; 5:30; 8:29). May we be doers of the Word (i.e., the whole Word) and not hearers only (who delude themselves, Ja 1:22), that we may glorify our Father in heaven.

• Lord of the Nations, LLC • LordoftheNations.world