Optimism and Pessimism: Humanistic or Biblical? 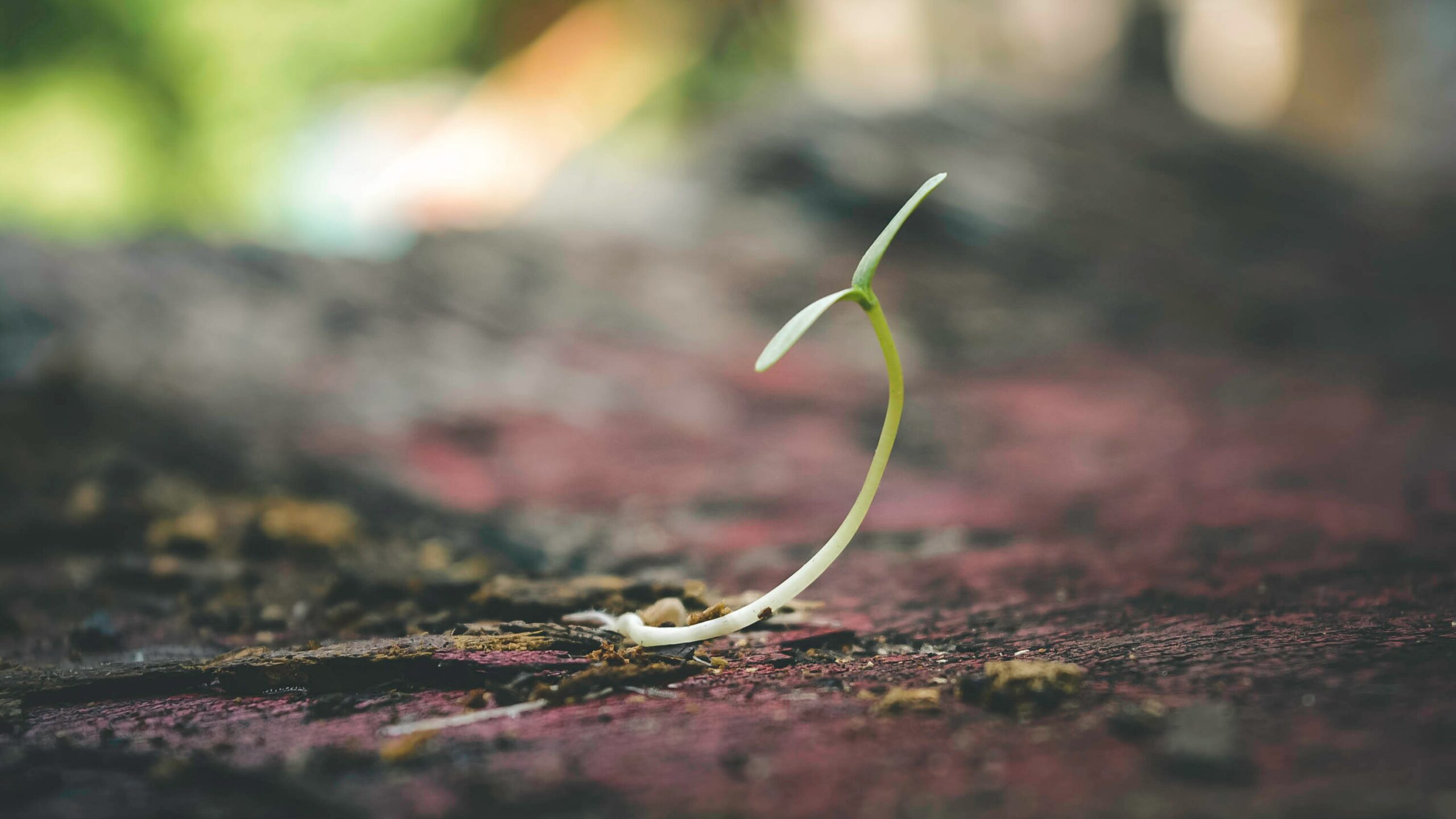 Optimism and Pessimism: Humanistic or Biblical?

Neither “optimism” nor “pessimism” is necessary Biblical. Optimism can be a form of counterfeit faith. The object of Biblical faith is the reliable, propositional Word of the faithful, covenant-keeping God—especially to His elect people. Conversely, optimism is often rooted in a wrong view of God, a wrong view of man, and a wrong view of sin. For example, nineteenth- and early twentieth-century Liberalism was characterized by optimism, which was rooted in the adherents’ optimistic faith in man—including his innate goodness and his inevitable progress.2 Today, many optimistic theologians are rejecting the negative doctrine of hell.

False religions, such as Marxism and Islam (with the apocalyptic second coming of the 12th imam, Mahdi3), may be characterized as eschatologically optimistic, since both believe they will conquer and rule the world. The New Age movement may be termed optimistic insofar as it portrays mankind as divine and as increasingly entering into the implications of this divinity.

Much American cultural and national optimism is rooted in humanism and pseudo-messianic statism (often couched in terms of liberty, freedom, equality, democracy, and the elimination of the evils of terrorism, totalitarianism, poverty, etc.). Education and psychology are often optimistically (pseudo-messianically) touted as tools by which to eliminate crime and poverty and create a utopian society.4 Even the antichristian United Nations promotes the optimistic goals of world peace and unity (apart from submission to the Prince of Peace, the Lord Jesus Christ). Such man-centered, optimistic, utopianism is a false religion.

In many allegedly Christian churches optimism has taken on unbiblical proportions. Biblical faith has been replaced by “the power of positive thinking.” The “Faith Movement” exhorts “little gods” to create their own material reality by speaking it into existence by “faith.” (The “Faith Movement” is indebted to the positive, mind-over-matter teaching of Christian Science.) In many “seeker-friendly churches, God’s holy and just law, human depravity, sin, repentance, and hell are castigated as negative, self-esteem-destroying topics, unworthy to be mentioned from the pulpit.

It is instructive to remember that, in Biblical times, the messages of false prophets were usually messages of optimism (i.e., peace, prosperity, and security)—when God was foretelling impending judgment.5 Amazingly, on one occasion God even sent a false spirit to optimistically foretell victory through false prophets, in order to deceive and destroy a rebellious king of Israel (i.e., Ahab, 1 Ki 22)! (Of course, Satan himself can be the master of optimistic promises: “You shall be like God!” Gn 3:5.) In contrast to false prophets, the prophetic word of genuine Old Testament prophets was sometimes quite pessimistic (at least regarding the immediate future). For instance, Ezekiel gave God’s rebellious nation, the southern kingdom of Judah, very pessimistic prophecies of destruction until Babylon defeated her, destroying Jerusalem and the temple in the process; thereafter, his prophecies of restoration were quite positive. Prophesying immediately prior to the fall of Jerusalem, Jeremiah was hardly considered the epitome of faith and optimism when he prophesied two options for God’s covenant people: surrender to their evil Babylonian enemies or die (Jer 21:9; 38:2, 17f; 27:8, 11)!6 In Amos’ day, it was the sinners in Israel that God had decreed would be executed that positively confessed, “The calamity shall not overtake nor confront us” (Am 9:10). Even our Lord Jesus was quite pessimistic when He prophesied: His coming death on the cross; curses upon the Jewish leaders (Mt 23); and the utter destruction of Jerusalem and the temple (Mt 24). (Jesus also taught about hell more than anyone else in the Bible.) The key question is always, What time is it prophetically? Is it a time of receiving covenant blessings (e.g., Joshua’s, Caleb’s, and David’s faith to conquer the Promised Land) or, is it a time of covenant curses/judgments (e.g., the times of Daniel, Jeremiah, Ezekiel, and the destruction of Jerusalem in A.D. 70)? The Bible teaches that there is a time when sin is too pervasive, and it is too late for that culture—even too late for intercessory prayer—God’s judgment will fall.7

But what about cultures that are not ripe for judgment? Must the Christian still tear down evil in order to plant righteousness? Apologist Cornelius Van Til answers: “In this world of sin no Christian individual and no Christian organization can be positive and constructive till after they have been negative and destructive”8

“I have this day set you over the nations and over the kingdoms, To root out and to pull down, To destroy and to throw down, To build and to plant” (Jer 1:10).9

“For the weapons of our warfare are not carnal but mighty in God for pulling down strongholds, casting down arguments and every high thing that exalts itself against the knowledge of God, bringing every thought into captivity to the obedience of Christ” (2 Cor 10:4f).

Both John the Baptizer and our Lord Jesus proclaimed the “good news” (gospel) of the inbreaking kingdom of God by issuing the command, “Repent, for the kingdom of heaven is at hand” (Mt 3:2; 4:17). This was later followed by Christ’s solemn assertion, “Unless you repent you will all likewise perish” (Lk 13:3, 5). Clearly the gospel message contains both negative aspects (God’s hatred of, and judgment on sin) and positive aspects (salvation through Christ for those who repent).

In these and many other ways, optimism or “positivism” is antithetical to Biblical Christianity.

In conclusion, both optimism and pessimism are humanistic perspectives. Consequently, Christians are called to be neither optimists nor pessimists. Rather, we are called to be God’s prophets, priests (i.e., worshippers and intercessors), and kings, accurately representing His governmental reign (i.e., kingdom) and the will of God on the earth. As God’s prophetic people on the earth, we must live in the light of God’s times and seasons. May we have God-given “understanding of the times, to know what [our families, churches, and nations] ought to do” “for such a time as this” (cf. 1 Ch 12:32; Est 4:14).

2 Even today many evangelicals reject Biblical postmillennialism because they confuse it with Liberal humanistic optimism.

3 Muhammad d’ul Mahdi / al-Mahdi Alaihi as-Salam (http://kataragama.org/al-mahdi.htm). “According to Shiites, the 12th imam disappeared as a child in the year 941. When he returns, they believe, he will reign on earth for seven years, before bringing about a final judgment and the end of the world” (http://www.wnd.com/news/article.asp?ARTICLE_ID=53964).

4 For example, Horace Mann, the nineteenth-century founder of American statist education wrote, “The Common School is the greatest discovery ever made by man. … Other social organizations are curative and remedial; this is preventive and an antidote; they come to heal diseases and wounds; this to make the physical and moral frame invulnerable to them. Let the Common School be expanded to its capabilities, let it be worked with the efficiency of which it is susceptible, and nine-tenths of the crimes in the penal code would become obsolete; the long catalogue of human ills would be abridged; men would walk more safely by day; every pillow would be more inviolable by night, property, life and character held by a stronger tenure; all rational hopes respecting the future brightened” (Common School Journal, vol. 3 [January 1, 1841], p. 15; cited by Rousas J. Rushdoony, The Messianic Character of American Education, p. 29).

6 “Nearly all of the content of the classical (writing) prophets’ oracles revolve around the announcement of the near-time fulfillment of covenantal curses and the end-time fulfillment of covenantal restoration blessings. They speak of little else than these two topics: how and why God’s people may expect to be punished by a variety of disasters soon, and how and why they may expect to be rescued and restored eventually” (Douglas Stuart, Hosea–Jonah, WBC [Waco, TX: Word, 1987], pp. xxxii).

9 “The true church in every age has a mission to the state, to proclaim the fall of Babylon [Rv 14:8], to declare to the state that civil government can endure only under God and in obedience to His word, that every attempt of civil government to become as god, to be the purveyor of grace and of paradise, is damned and doomed. The cleansing of civil government and the indictment of it by the word must be the task of the church in every age” (Rousas J. Rushdoony, Thy Kingdom Come [Fairfax, VA: Thoburn Press, 1978], p. 181).